Throwback Thursday - At the Pier (Sovereign of the Seas 1999) 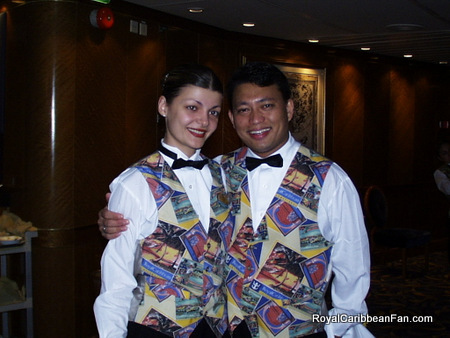 Getting off at the pier I was able to totally bypass the check-in desks and proceed directly to the ship. The only delay was the first of many obligatory photographs taken, next to a sign noting the sailing date. I walked down a long long balcony overlooking the staging area below and walked up the gangway to the Main Deck.

Since 1999 the Royal Caribbean terminal has been radically upgraded, so you can safely ignore the photos I include here.  These days, you don't walk outside while boarding the ship.  That is a shame in some ways.  One of the most memorable moments during my entire cruise, was that awe-inspiring moment when I saw Sovereign in person.  As much as you read about these ships, when you finally are in its presence, it's a feeling you have to experience to understand.