The Sovereign of the Seas and an Itch Scratched.

In 1998 a rash of friends of various ages began to relate stories of having gone on a cruise.  Many, indeed most, had been on one of Royal Caribbean’s larger Sovereign class.  My own tale of having been on the Sitmar Fairsea and watching the Pacific Princess began to show its age and more to the point, reminded me of wanting to cruise myself.

Read more: The Sovereign of the Seas and an Itch Scratched.

With headlines about Haitian boat people protesting local elections by blocking Royal Caribbean ships from docking at Labadee, I thought I would bump our VLOG about the port to the front of the line.  Check it out and join our community to share your reviews and experiences at Labadee! 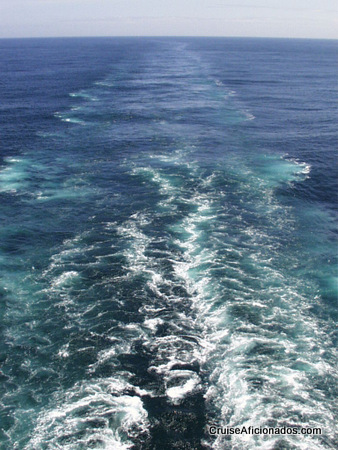 The Sitmar Fairsea and the 16 Year Itch.

The year was 1983 in Los Angeles and friends of my parents wanted to show us the ship which they had taken a cruise on.  We drove to the Port of Los Angeles where the Sitmar cruise line ship Fairsea was disembarking passengers from a cruise to Mexico.  These were the days when people could still visit ships in-port simply by boarding.  Something unthinkable twenty years later.

Read more: The Sitmar Fairsea and the 16 Year Itch.

Carnival already has announced intentions to offer longer cruises with longer port stays on its flagship brand.  News comes now that the “Queen” of cruise lines Cunard will mirror this with their trio of ships.  Cunard’s fleet tends to travel far further afield than it’s sister lines however and that only adds more appeal to itineraries that span the globe.  Passengers will enjoy sunsets over citiscapes in the likes of Venice, Quebec, Monte Carlo, and Boston.  Some ports will feature overnight stays others will at a minimum allow passengers to dine in-port before 9 p.m. departures.  The limited run of cruises begins in May, 2016 and concludes in December.