If one has to explain this then maybe the casino and discos are your thing and not the promenades and balcony cabins.  That these spaces are as open and unoccupied as this speaks to both what I think some people miss and the fact you can always find someplace to escape it all.  I've scheduled meals, activities and even picked cruises to ensure I see as many sunsets and departures from ports as I can. 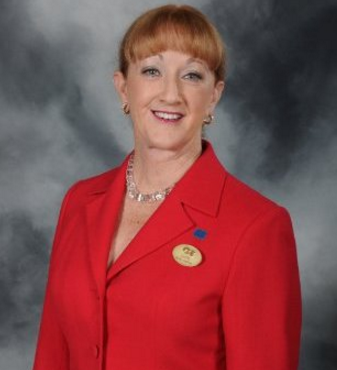 What was your first year with Princess?  What was the first ship you were cruise director on?

The Fair Princess in 1992.  Prior to that I was a Guest Entertainer Cabaret artist with Carnival, Royal, Paquet, Epirotiki and Royal Viking.  Sitmar allowed me to make the transition from Guest Entertainer to Cruise Staff.  I know that is backwards, but I wanted a career.  Princess bought Sitmar in the later 80's and I "came over with the furniture"...I was on the Fairsea during the transition, and my first official "Princess" ship was the old Star Princess.

Which are your favorite Princess ships?

I must say that depending on the team and the itinerary, I love the ship I am on at that time.  I am proud of all of the new innovations that our newest ships have and can back them up in a thrilling way...but I also love trying to bring the guests that take an older (more than 5 years!) or smaller ship to appreciate what they are experiencing, the people they are "gluing" with. Most travelers favorite ship is where they have the discovery or the ah-ha moment on...and those times are my favorite ships.   Big versus Small....I love what we can produce in our theaters, the "Wow" we can do in the Piazzas... the pool deck fun, and getting them to go to anything new that we try on a back deck...the most forgotten place.  HOWEVER I love the connection, the personal touch of our small boutique ship.   The ability of being part of offering our guests the world and the friendship that sharing the event of traveling the world can elevate them to you just can't describe or beat that!  Honestly, I will enjoy wherever they send me, but I have asked to finish my career at sea on our boutique ship.

Have you been a cruise director for any other lines than Princess?

Dolphin and Majesty Cruises, Thompson and Premier, (fill in on Regal Empress at Shore ex for a minute) ResidenceSea, Renaissance, and Royal Olympic.  I love the old liners and wanted to work on as many as possible before the year 2000 with all the safety changes that would take them from the Cruise industry.

You are married, correct?

My husband's name is Ed Krout.  I met him in 1993 on the Royal Majesty.  We connected years later.  He is still a great musician and owns a successful recording studio in Orlando.

How many cruises do you work during an average year?

I seem to be on the longer, repositioning, world cruises (108+ days)....although I loved when I got to do 2 months of 7 dayers with first time cruisers.  The basic schedule is 4 months on, 2 months off.

How well do cruise directors know each other within the the industry?

Facebook and Instagram has made this easier for us and we do post, share and laugh.  I keep in touch with the people I have been mentoring or assisting to move on and up in the industry.

What made you want to be a cruise director?

Having someone tell me it would never be possible.  There were so few women CDs back then.  It has been the greatest challenge and I still love it.

In what ways do you think the work of a cruise director has changed the most in the last 20 years?

We have gone from being entertaining, to managing "Entertaining"- watching things get bigger, we have moved forward to help every aspect to do all they can to make our guests, and our entertainers enjoy their every moment with us in our venues.

How has scheduling entertainment changed over your time as a cruise director?

Quantity.  People want to do more and everything.  It's a lot more fast paced and the audience has changed. You have to be out and feel the crowd they are never the same and you can adjust some things for that reason.

Some cruise directors play the part of host, others become mix being an entertainer themselves into their work.  Do you mix any signing or dancing of your own into being a cruise director?

As a vocalist, I usually do a show on the longer cruises (when a GENT doesn't make it and they've seen everyone else).  I will sit in with a trio on occasion.

You have managed and coordinated large charters.  How long in advance to major companies start to plan charters?

There are some charters that have a great plan and you assist them in any way to help their ideas and intentions stay in tact.  There are some that have an idea but not much else that is when you gracefully jump in and offer do-able suggestions.  Most Charters book at least a year in advance.  Titanic Recovery for Discovery was ever changing, Delbert's Blues cruises were scheduled well, and we (Princess) planned the WWII Pacific Theater cruises well in advance to set up events and get the speakers we needed.

How often in an average cruise does The Love Boat get mentioned? (there had to be at least one Love Boat question there someplace.)

It gets mentioned it's a great part of our history.   We had a Love Boat Deck Party that was a real hit I like to bring it up occasionally as it was a great book that became a great TV series that changed the industry.

I had the privilege of doing the 50 Year Anniversary cruise with the Love Boat cast...Jack Jones sang the song as we left LA.  It was such a great throwback cruise with some of the best times.  The cast will eternally be great spokespersons for passengers and crew.

I am approaching 20 years with Princess, I am part time, and this should be my final year.  I have 33 wonderful years under my belt and I can't believe how time flies when you love what you are doing!