A butler by any other name is a Royal Genie for passengers staying in Star Class accommodations aboard Royal Caribbean Ships.  Trained and certified by the British Butler Institute, these men and women provide 24 hour a day service, engaging reservations for dining, entertainment and shore excursions.  Likewise they can provide for everything from unpacking your luggage to cleaning and laundry while you are cruising.

However if you are expecting black and white butler uniforms complete with white gloves you will be disappointed.  More fitting the modern surroundings Royal Caribbean has gone so far as to commission custom uniforms that are contemporary though still formal enough to give the men and women a distinctly different look from the ships crew at large.

The Star Class accommodations are the pinnacle of cruising on Royal Caribbean.  However one should consider the suites that are part of this class can manage more than a traditional couple cruising on their own.  Indeed the cost per passenger declines considerably if one travels with kids or family.  Up to 8 passengers can be accommodated in some of the Star Class suites.  Several members of the Cruise Aficionados community have actually sailed in the high-end suite and it noted how close to a more common stateroom in cost per person. 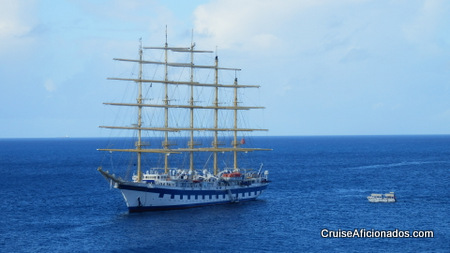