Lunch-time videos: Sunset on the Independence of the Seas.

I'll say it a hundred times, but simply taking time to stare out over the water, seeing people moving around onshore, watching ships leave port, all are among the best of things about cruises.  Even those who feel the need to be on the go constantly find themselves drawn to the almost spiritual quality of the open ocean, the sounds of water passing alongside a ship and feeling of the air blowing by.  I may risk delving into hyperbole perhaps, but but the sentiment is sincere.  This video was taken almost as an afterthought while aboard Independence of the Seas.  I came to fully appreciate it nearly a year later as I began to work to edit and polish the content.  Later, I began to watch these videos during lunch at work, part of my being online when I can't be onboard.  I hope you enjoy the few minutes of escape too!

Five Things You Missed About Cruising #1 - The Return of Costa. 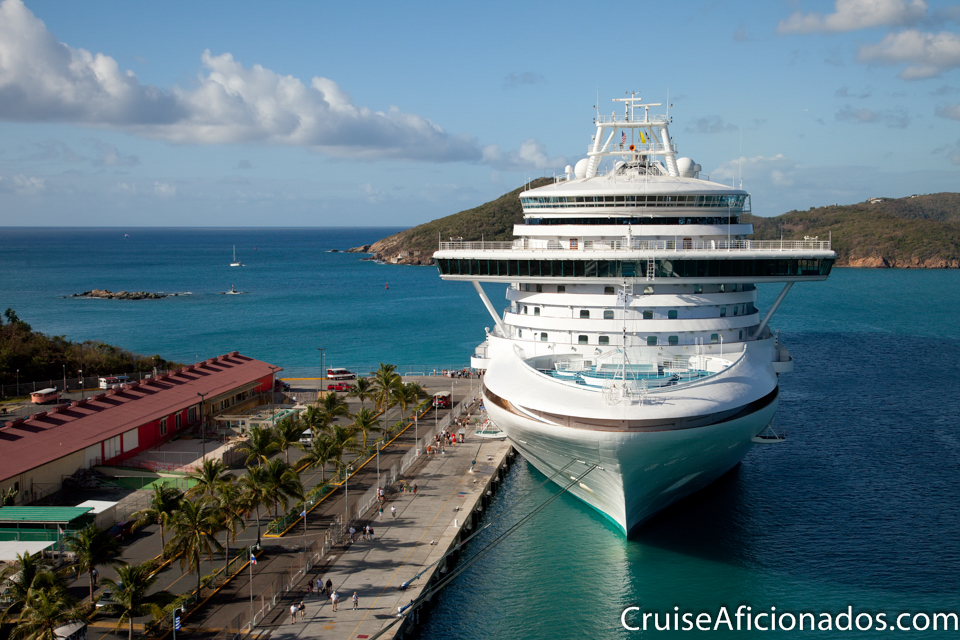 The Return of Costa Cruises to St. Thomas.

Costa Cruises, the Italian line owned by Carnival Cruise Lines, returned to St. Thomas this March.  According to the line, the absence from U.S. ports of call was due to the increase in requirements for passengers outside of the United States.  Since 9/11 travel from U.S. ports on itineraries visiting American territories such as the Vigin Islands and San Jauan have been largely unimpacted.  This is due to most of the burden of screen passengers is done prior to a cruise starting.  In the case of ships departing from non-U.S. ports that subsequently visit these territories it becomes time consuming to clear customs.  With most stays in-port lasting a matter of hours, such delays can prove untenable for the cruise lines.