Vickey and Ben and The Oasis Cycle Redux'd

Bowling Green State University hockey, next to summers at Cedar Point it is one of our most special traditions.  In October we begin another. 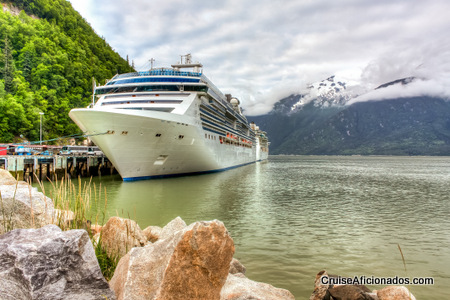 The long road toward regular cruise service to Cuba took another step forward with news that the U.S. is proceeding with enabling up to 110 direct flights per day to Cuba and back.  Later in the week, the Obama administration announced plans for the President to visit Havana this coming March 21 and 22nd.

“Houston, you have a problem” - Bayport Cruise Ship Terminal to Close.

The large and modern cruise terminal in Houston cost over a hundred million dollars to build.  Within a short drive or flood from the better established port in nearby Galveston the port was built in 2006 but not used until 2012.  Literally up a creek from Galveston-and thus further from open water-the port was not able to draw enough traffic to sustain itself and is heavily subsidized by a local property levy. Learn More.

Cruising Projected to Grow in 2016.

In 2015 over 23 million people took a cruise.  In 2016 that number is expected to grow to 24 million according to the industry group Cruise Lines International Association (or CLIA as you will more often seen it mentioned as.)  The association's poll of travel agents indicated 80% expect as good or stronger bookings in the coming year.  Already most industry publications and travel agent forums are reporting a very strong “Wave Season” is underway.  “Wave Season” is industry parlance for the period between January and March when most cruises are booked.  The deciding factor may prove the global economy.  Most cruises are booked six or more months in advance with the final payments due 90 days prior to sailing.  Mid-summer should begin to show if the early indicators are solid or if the real or perceived slow-down in the global economy has any impact.

Realize first that any main-stage show on a cruise ship costs an enormous amount of money.  This does not even begin to note the cost of brand-name shows from Broadway or the ongoing cost of keeping a cast full manned and working aboard numerous ships across the globe.  So moving, closing or starting a show is no small matter to any line.  With that in mind Norwegian Cruise Line is rotating it’s “Million Dollar Quartet” from the Norwegian Escape to the Norwegian Getaway in time to open May 15th.  “For the Record” will move into the main stage theater, upgrading from a smaller venue aboard the Escape.  The incumbent “Legally Blonde” show will close board the Getaway.  If you need a flow-chart to follow all of this, I would not blame you.