Vickey and Ben and The Oasis Cycle Redux'd 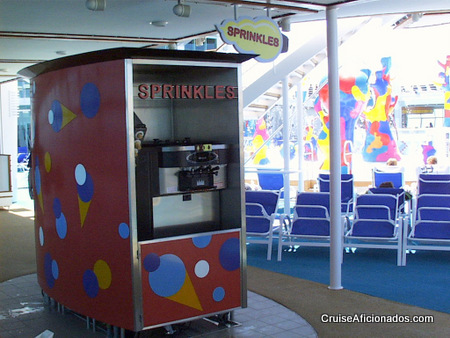 Bowling Green State University hockey, next to summers at Cedar Point it is one of our most special traditions.  In October we begin another.

When I plotted the Oasis Cycle out in late 2014, the plan was to hit Oasis of the Seas myself, then take the kids on Allure of the Seas, followed by Harmony of the Seas in early 2017.  Schedules change and as things have evolved I'll be making a return to the Oasis of the Seas in October 2016.  It will be akin to my cruise aboard Oasis from this January save for visiting Nassau, St. Marteen and St. Thomas instead of Cozumel, Falmouth and Labadee.  As always, we will drive from "port Bowling Green," Ohio to Ft. Lauderdale.

This will be Vickey and Ben's first cruise.  Of our many adventures and traditions this is maybe the single most important to me as I hope it becomes something that repeats for decades to come as our small family grows and grows older.  It will prove the last trip before one of my kids hits the teen years, it will also be their first venture beyond the mid-west, to say nothing of outside the country.  I've been bringing up the hype to a slow boil now for nearly two years.  In reality the cruise is a make-up for a Disney cruise which career and family needs required canceling nearly four years ago.  While late June was the target date originally the October school break they have (odd school district, don't get me started,) fits best.  We will spend the summer ramping-up to the cruise with out weekly runs to Cedar Point, planning our weeks fun, and all the adventures of the trip to and from the cruise.

Curiously I'll also get the chance to re-review Oasis and see if any of the tiny issues I noticed were fixed in the ten months between visits!  I hope you'll enjoy reading Cruise Aficionados and my blog here as those plans and details start to take shape.  I might even get the Little People on the podcast.