From Cozumel to Falmouth, governments have been working to refine the tourist experience from end to end.  Now, far to the southern edge of the Caribbean, Tobago has been following the trend among ports-of-call to upgrade basic services for tourists and cruise passengers.

Part of the Trinidad-Tobago Republic located off the north-eastern edge of Venezuela, the small island has added a fleet of 50 buses and spent the past year working to train local guides.

Tourism is the primary source of income for Tobago which is considered among the best diving areas east of the Panama Canal.  Also noted for fishing and its two golf courses, Tobago hopes to add the “health and wellbeing” tourist trade to its stable of options.  To facilitate smoother travel across the island the fleet of buses are centrally owned and their distribution across the island designed to avoid the chaotic taxi stands seen on some islands.

The move to build local transportation infrastructure came shortly before an industry trade conference which seems to have proven fruitful, the island expects a 67% increase in cruise passengers in the year to come. 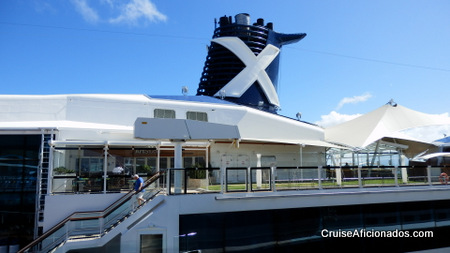