All through February, get 60% off your second guest and kids sail free with Royal Caribbean!

Navigate an open-top jeep to the bubbling sulfur springs of St. Lucia. Dive alongside the colorful tropical fish of Trunk Bay’s coral reef trail in St. John. And gear up for new discoveries no matter what your speed onboard the cruise line voted Best Overall 16 years running. Get 60% off your second guest, plus up to $100 to spend at sea when you book today. And bring the whole family, because kids sail free.* 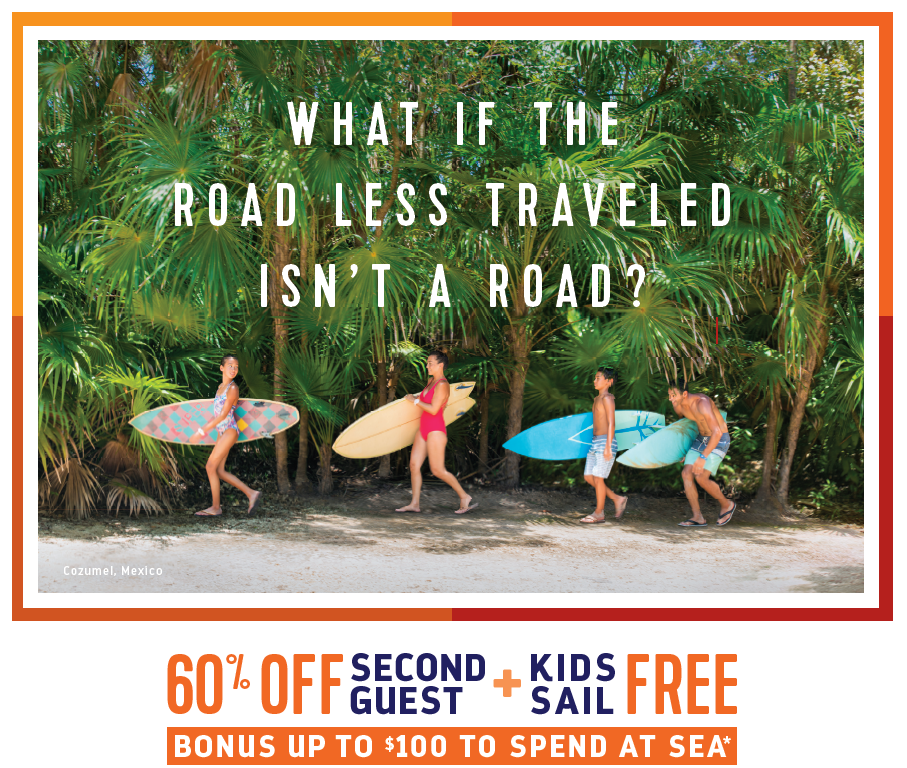 For reservations and information, CONTACT US TODAY!
Hurry, this offer is valid February 1-28, 2019